Video projection, bamboo kites with photography-printed fabric
What does the weight of caregiving look like? Whose weight do we bear? Can we share it?
Working with the movements and perspectives of a community of caregivers for persons with mental illness, Between Earth and Sky connects the physicality of care work with personally choreographed forms of body movement. The caregivers in this project are primary caregivers of their family members; each had to make significant changes to their lives to bear the weight of care work. Emphasis is drawn towards the potential of physical movements as an expressive body practice beyond functionality. In using the body as a central axis for expression rather than as a tool for movement, attention is momentarily (re)centred on the caregiver who has long learned to bear weight but may have forgotten how to give weight.
Over the course of the year-long project, Alecia collaborated with movement artists Sharda Harrison and Ajuntha Anwari to design movement and voice workshops to aid the caregivers in processing and harnessing their lived experiences in unfamiliar but potentially helpful ways, culminating in self-choreographed performances. Each caregiver chose a site of personal significance to perform their choreograph. Rather than narrativising or dramatising trajectories that often do not follow a strict teleology, the works in this piece form a tapestry of the heterogeneous nature of caregiving, surfacing the repetition, frustration, tenderness, tedium, discovery, ambivalence, improvisation, intimacy, and commitment between those who care and those they care for.
Between Earth and Sky uses the kite as a symbol for both vulnerability and freedom. Shaped like shields, each of the 14 kites bears photographs of closeups of clothings from each caregivers and their loved ones, forming a collective body. Placed side by side, each kite is representative of the deep connection between the two and alternative futurities of caregivers and the realities of persons with mental illness, surrogates taking flight where their bodies cannot yet go. The kites were also flown by the caregivers and members of the public were invited to share the weight in solidarity with caregivers.
Text by Jill J. Tan
Participating caregivers: Alvyna Han, Carol Ee, Frank M, Nur Hidayah, Sulis, Janet Koh Hui Kheng, Ng Sook Cheng, LM, Rita Minjoot 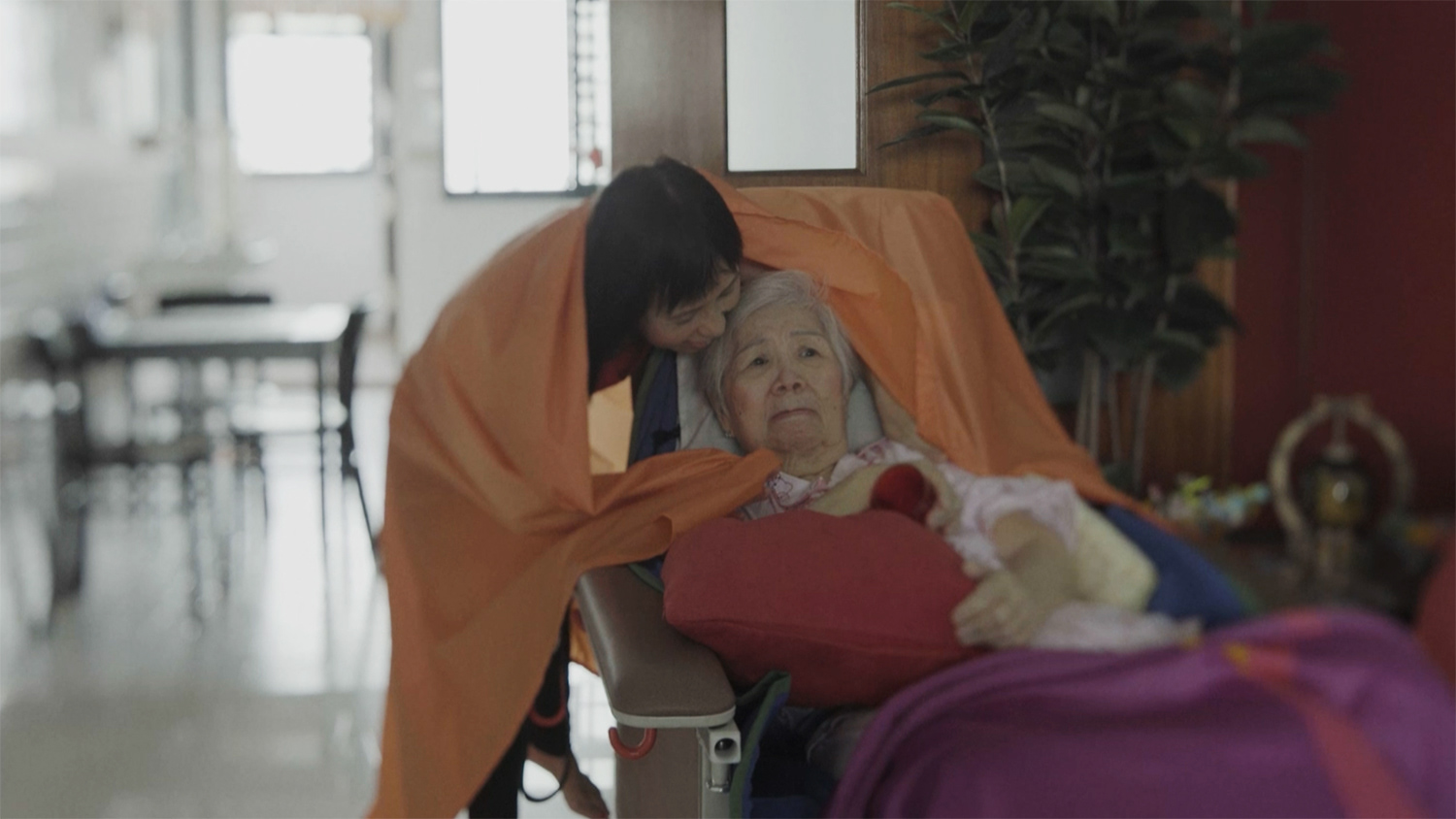 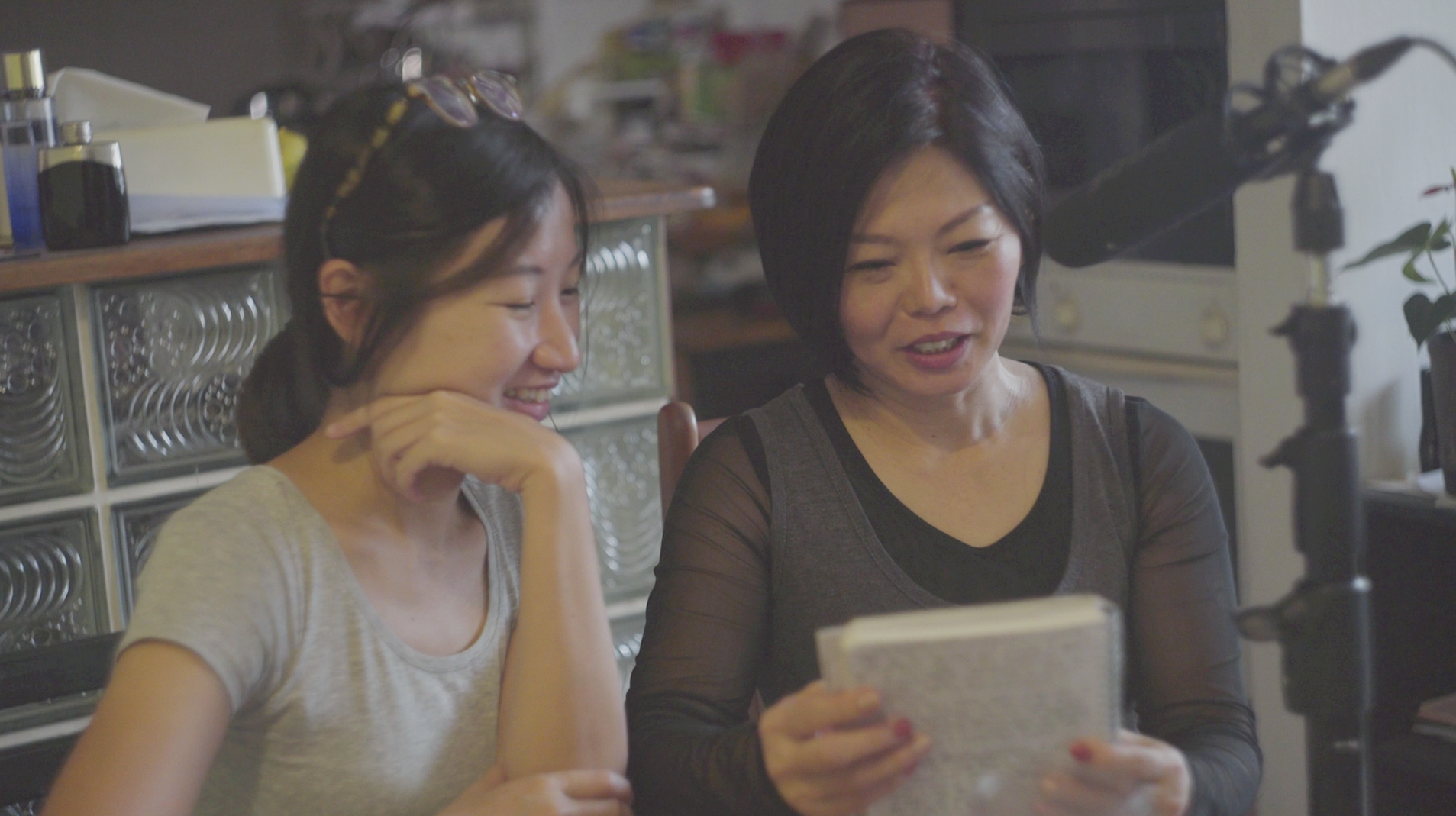 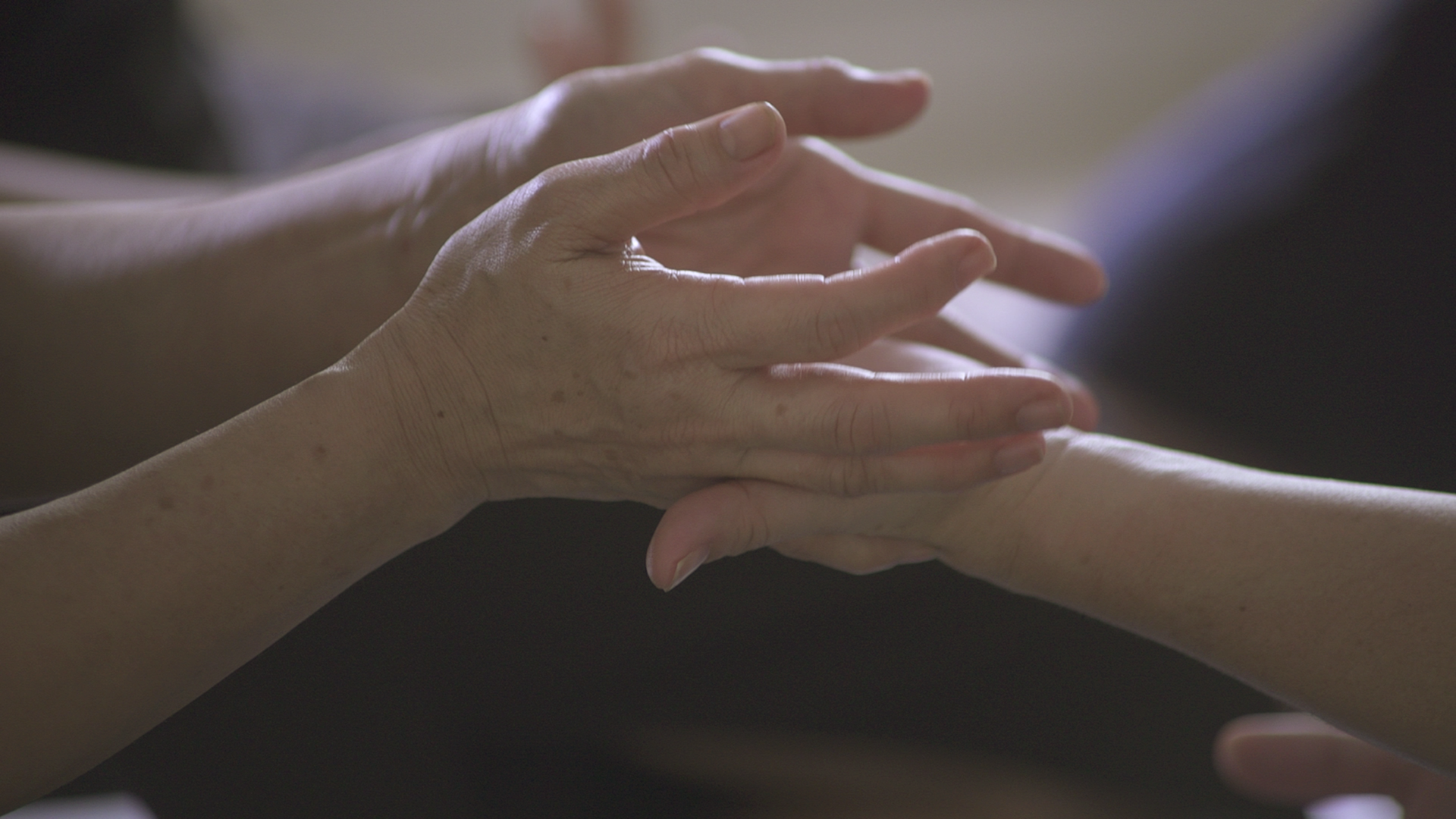 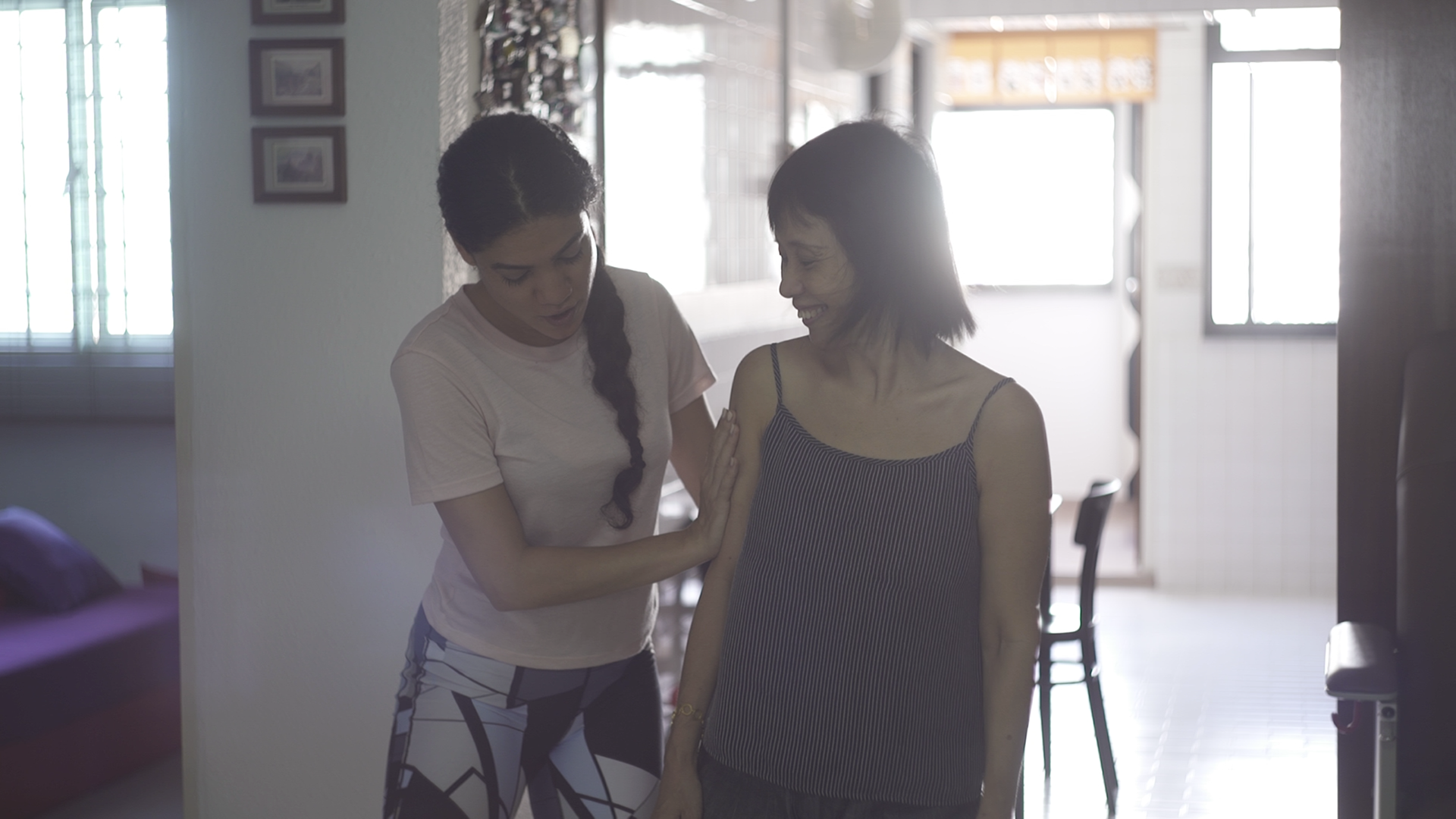 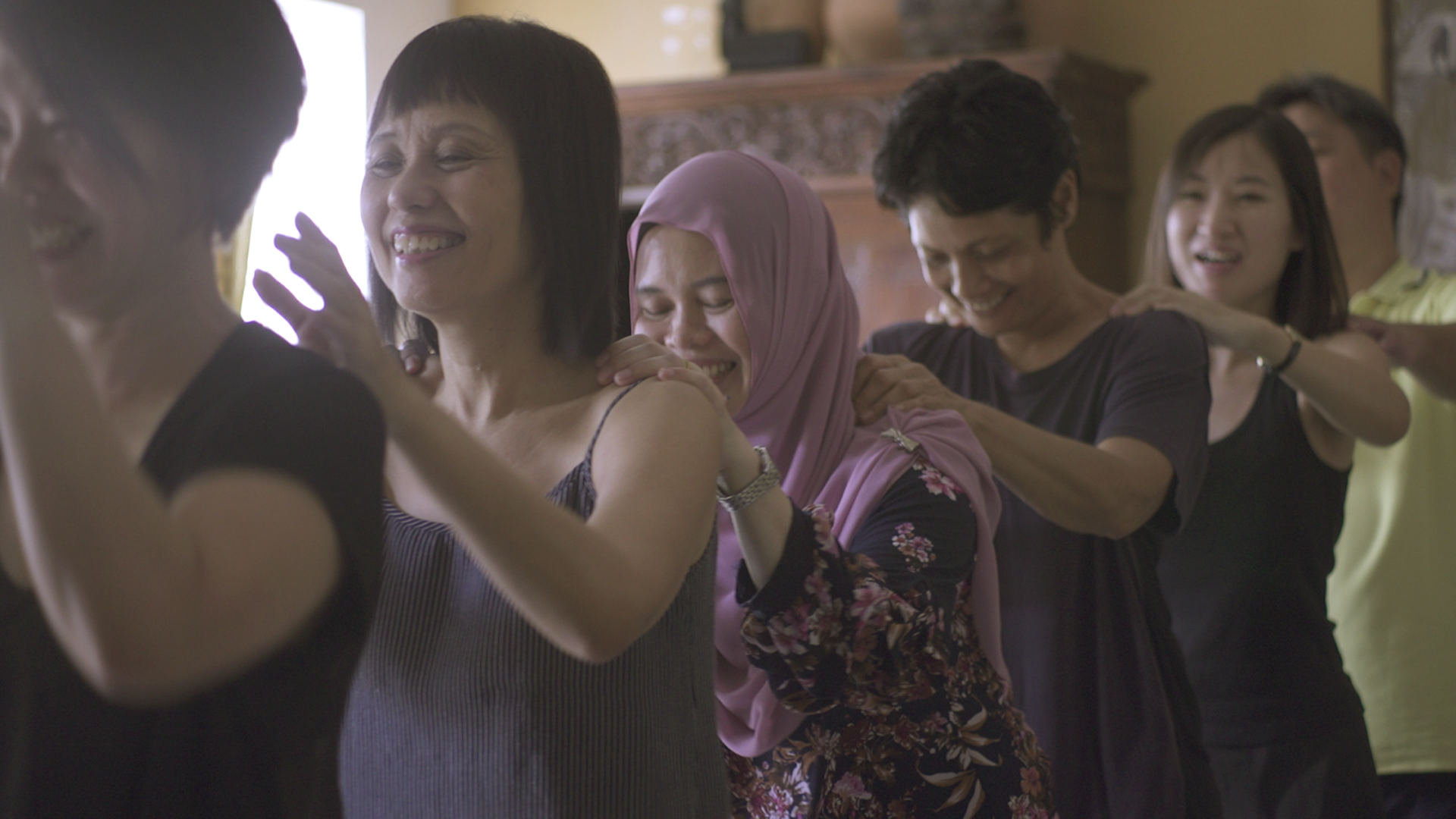 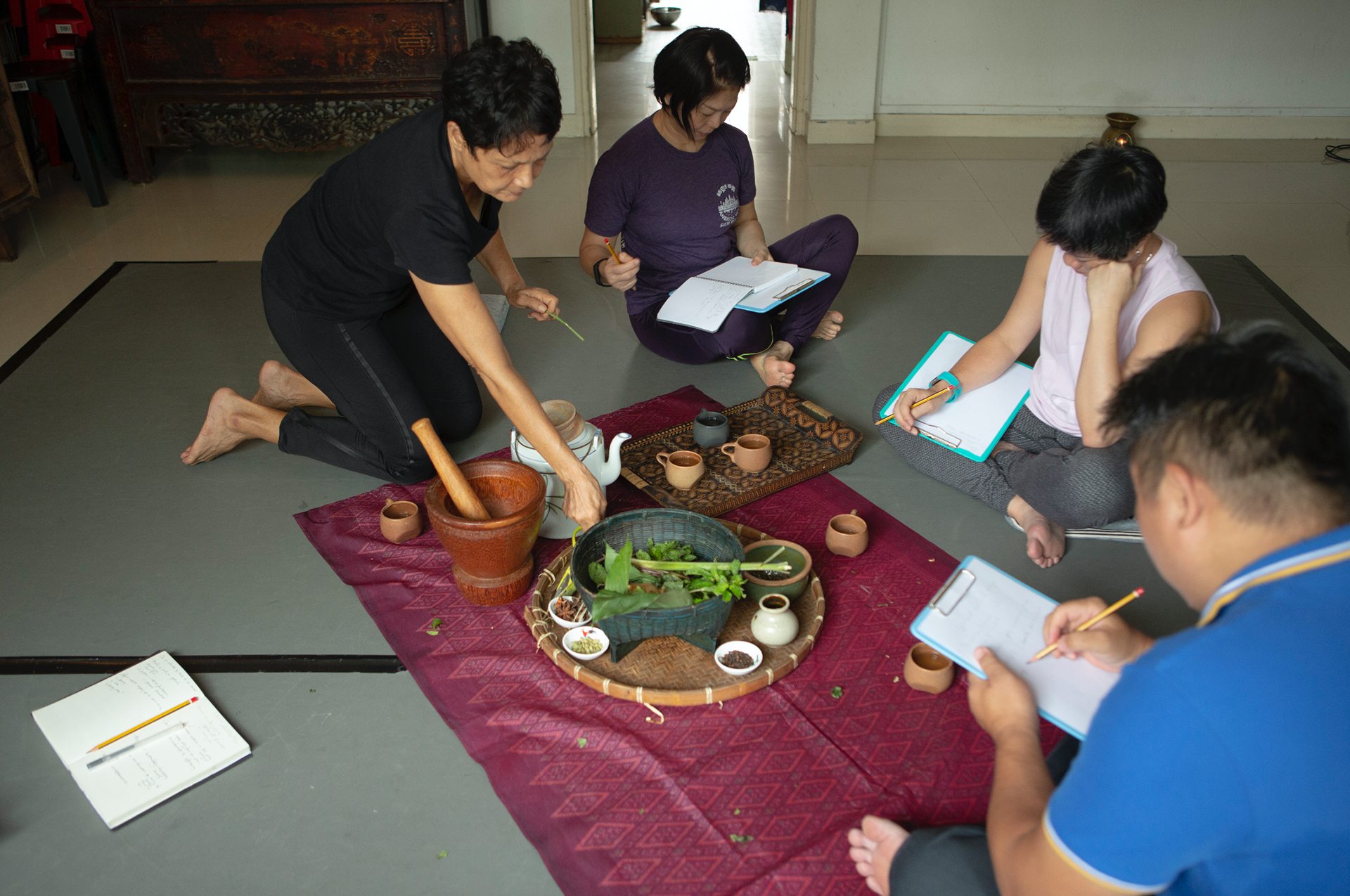 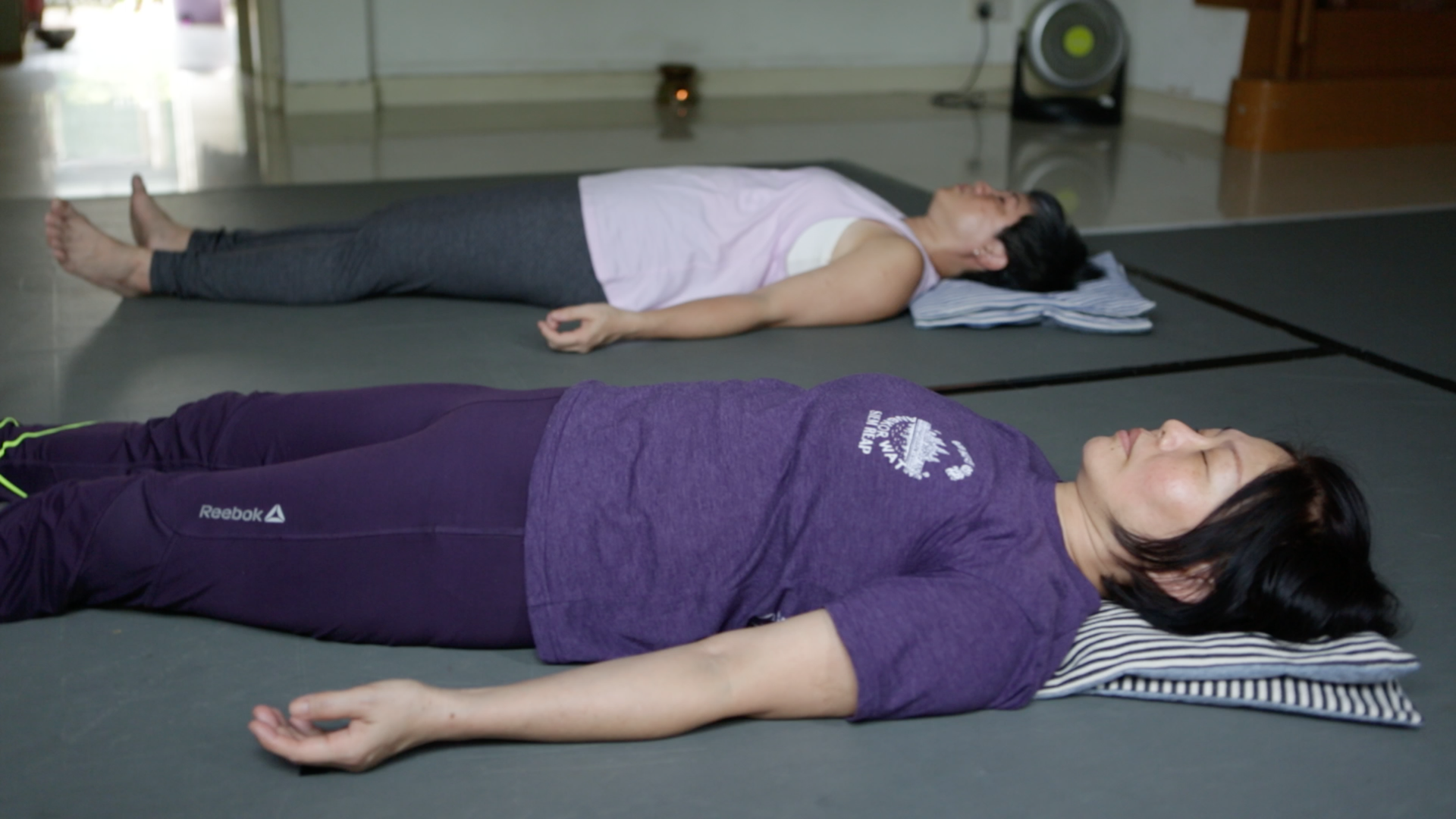 Video stills from performances by caregivers

Video stills from performances by caregivers 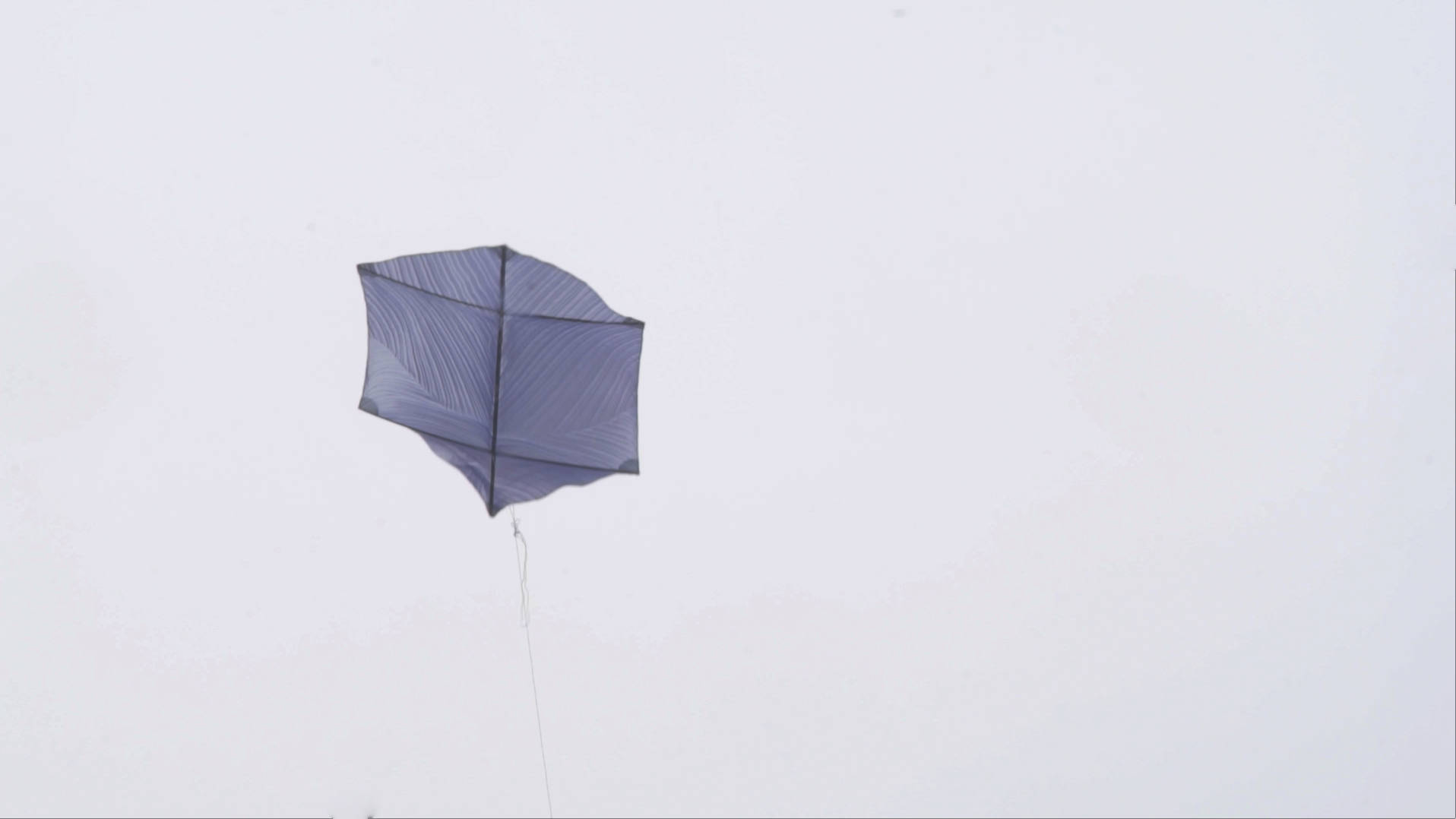 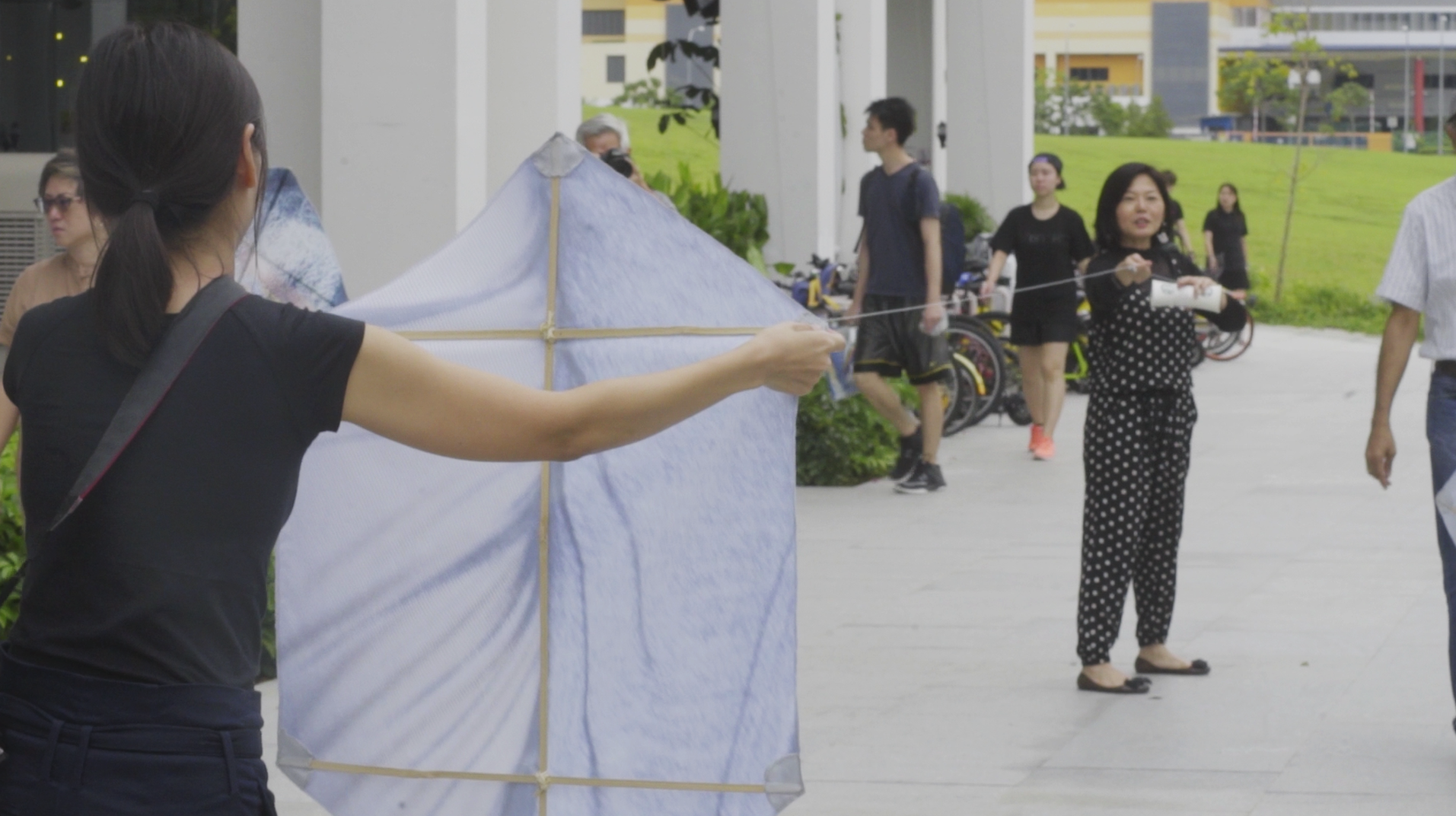 “Embodied Futurities: Caregiving in Movement, Movement as Self-care”
Article for Between Earth and Sky (2018 - ) by Jill J. Tan
with support of Lien Foundation and Objectifs Centre for Photography and Film
Abstract: A critical essay accompanying Alecia Neo’s multi-media installation ​Between Earth and Sky​, ‘Embodied Futurities: Caregiving in Movement, Movement as Care’ engages participatory ethnographic methods in service of embedded criticism (Costa 2016). Working with the movements and perspectives of a community of caregivers of persons with mental illness, artist and author both connect the physicality of care work and personally choreographed movement as forms of body practice. Furnishing everyday calibrations and strategies of living out the realities of long-term caregiving, movement and choreography are woven into the project design and analytic as tapping into that which lies in excess of expressivity, surfacing the repetition, frustration, tenderness, tedium, discovery, ambivalence, improvisation, intimacy, and commitment between those who care and those they care for.
Keywords: Embodiment, Care, Socially-engaged Art, Mental Health, Embedded Criticism
↑Back to Top